With the momentum of two years on the S&M Young Guns program, 2011 is off to a strong start - no races yet, but no shortage of big plans and big news. This is my first post as an official member of the Kona Factory Team Cycling News Article.

The concept of racing for a professional cycling team has been a dream of mine for a long time. I’m excited to pull on the Kona jersey for the first big race of the year on March 12th at Bonelli Park, CA. I won’t be wearing the S&M colors in 2011, but I’ll be going about things with the same S&M attitude. As such, I’m still balancing a full-time position at Ridgeline Energy as GIS and Permitting Specialist.

Over the winter I shared with Ridgeline my intention to pursue a campaign for the 2012 Olympic Long Team (yes, the big goal for 2011!!). In order to chase the UCI points necessary to achieve such a goal, the company is allowing me to reduce to a flexible part-time schedule for the summer months. It's an incredible offer, and motivates me to continue working as hard as I can to perform my best at cycling and work alike.

I’ve got the full schedule lined out through September. Like 2010, I’ll be following the entire Pro XCT circuit. In May I’ll head to Europe for the Dalby Forest, GBR and Offenburg, GER World Cups. The World Cup makes two stop-overs in North America (Mt. St. Anne and Windham), and Nationals is in Sun Valley, ID in July. In general I’ll be chasing UCI points and focusing on strong performances in order to make the list of 10 riders named to the Olympic Long Team. In 2012, only three will progress to the Olympic Games in London.

In the meantime, stay tuned for much more to come this year. Below are some shots from the Santa Barbara trip and off season. 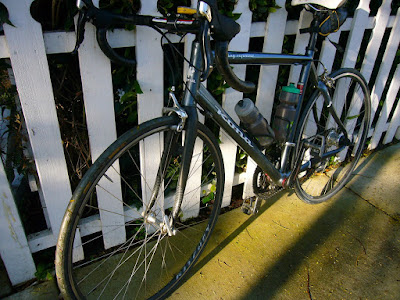 Last weekend I spend a long weekend in Santa Barbara, CA with Seattle's Keller Rhorback cycling team to get in some big miles [in the sun]. Despite the fair-weather beach photos, we managed to find the only weekend where the climate matched Seattle (50s and rainy). Despite a few spells of rain, 40mph winds, hail, and snow (in the mountains), we packed in 5 days of amazing rides and quality training. I was on my Zing Supreme the whole time, but I paid a quick visit to local Kona dealer Velo Pro Cyclery Velo Pro Bike Shop, Santa Barbara, CA and confirmed that the local off-road riding is just as stupendous as the hard-top riding. Next time I’ll be sure to bring the fat tires along. 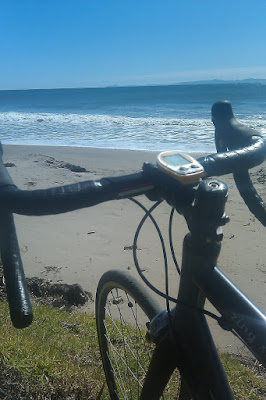 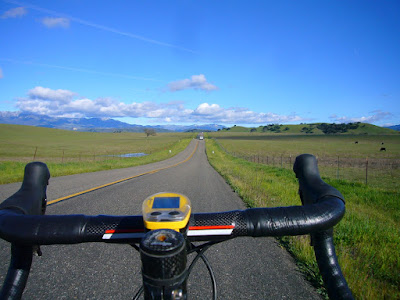 The best loop of the trip was just above Santa Barbara - the Gibraltar Road climb - around 4800' in 7 miles. So good we had to do it twice, once in the bad weather, once in the sun. We still managed to find snow on top both times. 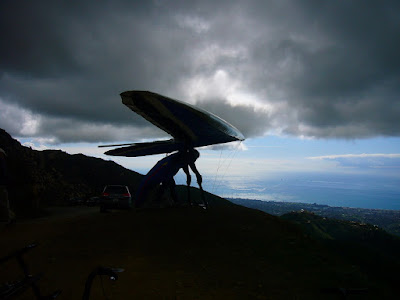 Hanglider launching off the top of the Gibraltar climb 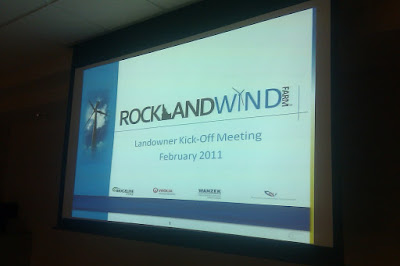 Crystal Mountain Silver Basin, so good Sarah and I hiked it 6 times in a row. 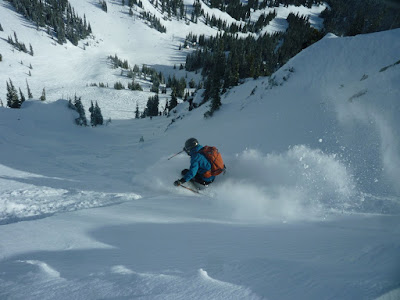 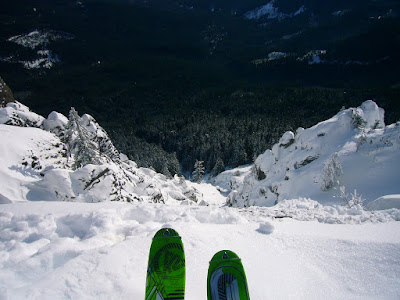 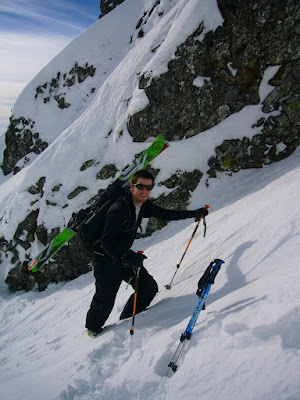