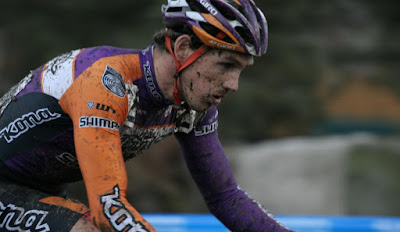 The 2011 came to a close in Bend, OR this last weekend accompanied by raucous crowds three rows deep and a rad 'cross course through the Old Mill District. Sean, Alice and I(and Erik, too) gave it one more go...actually, that does not apply to Sean, who is currently on his way to Europe 'Cross Camp after a strong 14th place finish at Nationals, and several top 15 finishes throughout the 2010 season (Cyclingnews Article: http://www.cyclingnews.com/features/meet-the-euro-cross-campers-for-2010-2011). Be sure to check out his results on Cyclingnews through the Holiday season. Way to go Boobs for a breakout season on the National Cyclocross tour and on being selected to the 'cross camp crew. He is one of four elite men and several other U-23 and Junior riders selected to compete against the world's best.

Alice and I, on the other hand, are done racing until next year. I'm hoping to do lots of skiing. Alice...is probably going to try to fix her car, Ol' Red, who gave us an entertaining spell of coolant leakage, black smoke and steaming on the drive back to Portland. Alice had a solid race in Bend, nearly finishing 11th before a crash set her back to 14th (still great). There was an inappropriate dearth of blogging these last several weeks, inappropriate on account of not exclaiming Alice's amazing 6th place finish at the USGP in Fort Collins this November. 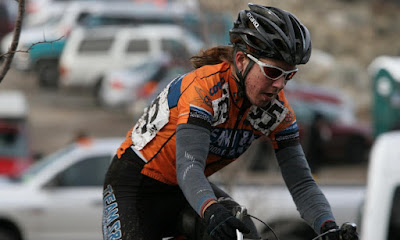 I totally surprised myself with a 12th place finish on Sunday. I've never done that well in a 'cross race, much less at Nationals. I think I finished in the 50s last year and got lapped...same with the year before that. It was all thanks to learning from Sean and Erik how to race my 'cross bike. A good way to cap off the 2010 season.

Talking with Erik after coming across the line... 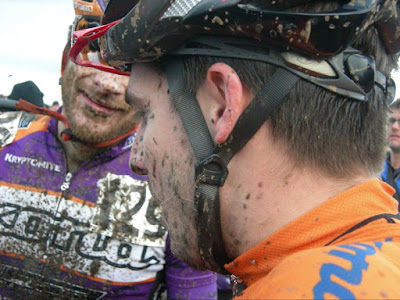 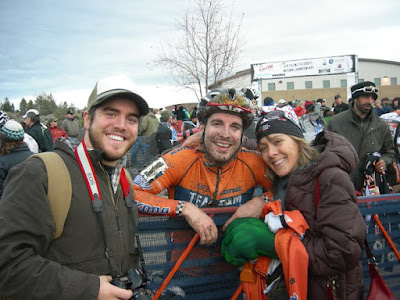 running the barriers at the USGP Finals in Portland, OR the weekend prior: 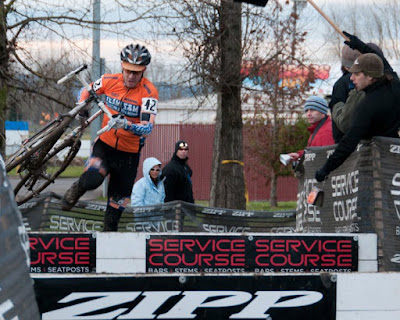